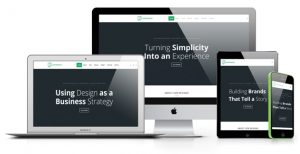 The user interface is one of the most important parts of any program because it determines how easily you can make the program, do what you want. A powerful program with a poorly designed user interface has little value. Graphical user interfaces (GUIs) that use windows, icons, and pop-up menus have become standard on personal computers. Today, no one wants to get an amazing phone and sit with a thick two hundred page manual telling you how to use your phone. No one has the patience for that. So what do they want then? Of course, an excellent user interface. Having said that, let’s check out the five user interfaces that’ve done it best.

Windows is a hugely popular OS – and not without reason. While some versions are perhaps not as popular as others, they’re all extremely good systems capable of managing system resources, multitasking and much more.

The live tile home screen is easily unique, easy to look at, easy to use, customizable without losing the look and feel of windows phone, and has no real competition. Because windows phone 8 and windows 8 are built off the same architecture, every windows developer will have a much easier time developing for windows phone 8, just like Mac users do for iOS. With more developers on windows, however, there is an incredible advantage in app development.

As mentioned earlier, it has customization traits. Apple doesn’t have customization so people can easily recognize iPhones. Android allows full customization which can lead to confusion as well as pleasure with people. Windows Phone 8 customization, however, allows unique looks without confusion. Aka the best of both worlds.

As you probably already know, IOS is Apple’s mobile operating system which was originally developed for the iPhone, but has now expanded to support various other Apple devices including the iPad and iPod touch.

IOS technology allows you to interact and manipulate your screen in a number of ways. This makes it much more user friendly because you can alter the screen size by simply placing two fingers in the centre of the screen and dragging them away from each other.

This is particularly useful if you have a visual impairment, or if you have just forgotten your glasses, because within an instance, everything can be made much bigger. Double tapping the screen returns the page to its normal size, or if you wish to zoom out, simply reverses the zoom in motion. There are plenty of other touch screen motions, such as sliding your finger to the left or the right to scroll through photos, as well as dragging and dropping items to customize your apps.

Heating up on Nest Thermostat

Easy to install and easy on the eyes, the Nest Learning Thermostat learns your heating and cooling preferences over time, so you don’t have to program it. Wi-Fi networking and tasteful apps let you control and monitor your Nest from afar. Saves money … eventually. The newer Nest works off the same premise: because so few homeowners actually set up programmable thermostats, the Nest saves money and time by learning your household patterns and programming itself. Nest cleverly differentiates between your weekday and weekend patterns and automatically heats up later on weekend mornings and runs throughout the day when you are more often home. As with the first-generation device, the second-gen Nest Learning Thermostat is strikingly easy to install without professional help, and it looks lovely on the wall.

Game on with Nintendo’s Mario cart

Mario Kart 8 is a beautiful, fun kart racer that introduces sound new ideas to Nintendo’s 22-year old franchise. While it doesn’t reach Double Dash-levels of risk and experimentation, Mario Kart 8 builds on the series’ most essential aspects better than any of its predecessors. Twisting U-turns, a blistering sense of speed, skillful track designs, robust tournament and online features, and gorgeous graphics fall into lockstep all at once. The end result shouldn’t come as a surprise: Mario Kart 8 is the king of the mascot kart circuit, and it can give you hours of enjoyment.

WWF Together is an app by the World Wildlife Fund that teaches you about the world’s most amazing animals including elephants, whales, rhinos, and more. WWF Together lets you experience the animals’ lives with interactive pages of information and fun activities like trying out “tiger vision”, staying still like a polar bear during a hunt, and chopping a panda’s bamboo. Each animal page is a like a huge poster that is divided into nine parts. Each part includes information about the animal including history, videos, random facts, gorgeous photographs, threats to their existence, how the WWF has helped them, and more. Instead of giving information as a boring list or in paragraph form, WWF Together makes learning interactive by requiring your involvement to learn. For example, when on the tiger’s page that focuses on its stripes, you must swipe the photo in order for the background to change and reveal hidden text.

We love introducing you to something interesting always. Have something else in mind? Let us know!

Request for Services
Go to Top